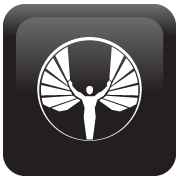 The Empire of Birds race icon from VGA Planets Nu

The Empire of Birds also known as Birdmen are based on the Romulan Empire, from the "Star Trek" universe.

The Birds are a sneaky race that uses stealth and information superiority for tactical advantage. They are defined by their large fleet of cloaking ships (including the only cloaking battleship, the Dark Wing) and their use of the Super Spy mission. Instead of meeting enemy fleets head-on in massive battles, Birds use their stealth and intel advantages to pick off enemy ships one at a time, and to attack weakly guarded areas. As of September 2017, Standard-mode games at Planets.nu give Birds the Cloak & Intercept mission ability.

Super Spy Deluxe: Changes the friendly code of a planet, but at the risk of triggering a de-cloaking ion pulse.
Super Spy Advanced: Reveals additional information on enemy's starbases, including number of fighters, defenses, damage, and ship being built. (NuHost only)

Swift Heart Class Scout: This ship will be your primary scout. Quite a large fuel tank and lightweight. Perfect for changing friendly codes with Super Spy, capturing freighters, and destroying lightly-defended planets. Build them with X-Rays/Disruptor to capture enemy LDSFs. If you want to destroy LDSFs instead, use Blasters, Positrons or Heavy Blasters. To capture Super Transport Freighters, only Heavy Disruptors will work (X-rays time out. Disruptors will destroy it)).

Resolute Class Battlecruiser: Really good mid class ship. Its cargo is enough to use it as a freighter, or to lay large minefields. Its fuel tank is large enough to refuel your battleships, which have a really small tank. Mine sweeping with 8 beams works pretty well, too. It's one of the strongest mid class ships. Best of all, it has Advanced Cloaking, which allows you to cloak without consuming fuel, and to cloak in Ion storms. In the early game, build with Plasma Bolts to save duranium, and Mk.4 torps to save MC. Later on, go for Mk.7 torps if you can afford it. Its 8 beams make it a good minesweeper, so equip it with Disruptors or better once you have more duranium.

Dark Wing Class Battleship: Your big ship. It has the best strength/cost ratio of all ships. It also has Advanced Cloaking. It's stronger then the main battleships of the Federation (only few players use Novas), Lizards, Fascists, Privateers and Crystals. Versus Cyborg, Empire, Robots, Rebels and Colonies, you need 2-3 to destroy their big carriers, but your ship is significantly more favourable and after the 500 shiplimit, it needs much less Priority Build Points. It is excellent at capturing ships with gamma bombs. Like the Resolute, it costs a lot of duranium, so you might want to give it cheap beams in the early game, along with Mk.4 torps. To make it effective against other capital ships, you will want Mk.7 or Mk.8 launchers, but these almost double the MC cost, as well as costing more MC per torpedo. Since Birds do not have econ advantages and are often short of MC, your early-game Dark Wings might need to use cheaper torps.

Try to build a ship on each starbase you own.
On your colonized planets you should bring 100 clans each (if the climate doesn't support 100, get max clans to that planet; 100 is optimal, because you can build 100 factories with them). Good planets should probably get more clans.
Always build 14 factories first, to avoid detection. Next try to increase to 19 mines or 15 defense posts (so the planets can't be detected anymore) and after that raise the factories to the max.

Increase the factories on your homeworld to the max and build about 250 mines.
Build 2 Swift Hearts at the beginning, so you can explore your neighbour planets. Put 20 Clans on each and drop a clan on every planet, so a later ship can transfer money to the planet and beam up Neutronium.
Next build 2 or 3 LDSF's and colonise those planets, the good ones as fast as possible.

Try to expand and find your neighbours unseen. Your LDSF's should bring minerals and money back, if they're empty. And you should build a ship each round. Communicate at least with one neighbour and try to get an alliance or a non-aggression pact. Use one of your LDSF's as mineral transporter and a Swift Heart (for example) as money transport.

You have to decide what to do next. Build your 2nd starbase? Engage your neighbour? Build a Merlin?
If you wanna engage your neighbour, you should know where their homeworld is. Build at least 2 Dark Wings, but if your facing an unexperienced player, a Resolute could be enough.
If you found a real good Bovinoid planet and a planet which produce much money, you should think about a Merlin.

A really basic but important tactic. If someone attacks you, try to get every drop of neutronium, ... of each planet you will loose. Raise the native and colonist taxes to the max, aswell. This will slow down your enemy, because he needs support (fuel, torpedos, fighters). Sometimes you can even use your minerals and beam it on an enemy vessel, so it looses even more fuel. Perhaps you should even think about towing enemies into open space, if they're low on fuel. If he finally sends support to the front, engage it.

A Bird is a really good ally. It's easy for them to locate starbases, enemy planets and to distinguish bad planets from good ones. And best of all, nobody will know what informations he has. Birds are more like a support in a war. Destroying minefields, laying minefields and attacking unprotected planets/ships will help every race and no other race is as good in it, as the Birds. They offer some pretty interesting ships for other races. Nearly everyone should be interested in your Resolute and Dark Wing.

Since the Dark Wing is better then the Lizard Tc10 ship, Lizards are usually interested in it. Eros Class Research Vessels are quite interesting. And sometimes the Bird could need aLoki Class Destroyer aswell.
The Lizard could support the economy of the Birds with Hiss-ships, especially an Eros Class Research Vessel could be interesting for it. Because of the Super Spy mission, Birds can inform the Lzard, how many defense posts there are on a planet, which helps at Ground attacks.
Summarized: Not a good Alliance

[edit] The Empire of Birds

Since the Dark Wing is better then the Fascist Tc10 ship, Fascists are usually interested in it. Since Fascist cloakers have little cargo, a Resolute is quite interesting for ground attacks. On the other side there aren't many intersting ships. Saber Class Frigate and D19b Nefarious Class Destroyer are just a little bit interesting.
The Fascist could support the economy of the Birds with Pillaging and the Birds could help with their intelligence collection.
Summarized: Not a good Alliance

Privateers would love your White Falcon Class Cruiser and especially your Resolute Class Battlecruiser. On the other side, a Meteor Class Blockade Runner is a ship everyone wants to have.
They are pretty good allies. Privateers together with Birds should know almost everything about their opponents. Birds take out planets, starbases and every ship besides big hitter (Virgo, Rush, Biocide, ...) and the Privateer captures those big ships (together, they should know where every big hitter of a single opponent is located).
Birds are able to take out Privateers biggest threat: minefields. They are pretty fast at it through Super Spy or with their cloakable Resolute Class Battlecruisers or Dark Wing Class Battleships.
If you are playing Standard-mode on Planets.nu, Bird players can use the Cloak & Intercept mission to intercept enemy ships in deep space and tow them to a waiting "wolf pack" of Privateers who will rob them. A Meteor is excellent for this, since your opponent cannot break tow against gravitonic engines. Being able to intercept and tow enemy ships in this way is incredibly powerful, and very hard to defend against.
Summarized: Very good Alliance

The chance to get a White Falcon Class Cruiser, Fearless Wing Cruiser or Resolute Class Battlecruiser should be enough, so that every Crystal player wants an alliance with the Bird. The only ship thats interesting for the Bird is the Onyx Class Frigate.
Birds are master of attack. Sneak in, destroy unprotected small/midsized ships, planets, starbases or even homeworlds and get out without losing any ships. But if a Carrier race decides to rush into the Birds empire, it gets really difficult. Crystals are masters of defending, so they can help Birds and neutralize their weaknesses. Knowing where your enemy is and the possibility to sneak cloaked into someones empire and lay big webmine fields is really powerful. On the other side, Crystals are a really tough opponent, especially for Birds. So why fight against them, if you can have a strong alliance partner.
Summarized: Very good Alliance

The chance to get a White Falcon Class Cruiser, Fearless Wing Cruiser or Resolute Class Battlecruiser should be enough, so that every Robot player wants an alliance with the Bird too.
Pawn Class Baseship, Automa Class Baseship and a Golem Class Baseship are really interesting for Birds.


Birds get informations about planets and fleet movement. They could destroy small/midsized ships, planets and starbases. The Robot is good at destroying big ships. Since Birds have their weakness in defense, Robots can help them with large minefields.
Birds get a big carrier, Robots one of the best cloakable minefield layers.
Summarized: Very Good Alliance

Rebels should be interested in a cloaker. It could be quite interesting for RGA and scouting.
A Falcon Class Escort could be interesting, if you wanna build a starbase in each others empire, so you can produce ships for your ally (Rebels could live with a 0 degree world with good natives).
A Rush Class Heavy Carrier is better at fighting big ships, but a Dark Wing Class Battleship is just a little bit weaker and invisible. Nevertheless, a Dark Wing and a Rush are able to destroy every other ship. Even a Resolute and a Rush are pretty strong. And because of their cloaking device, you can fight other big ships 1on1.
Rebels could fill your Starbases with fighters and attack big hitters. And if the Bird and the Rebel work close together, they're pretty strong. They should combine their forces, to destroy big ships.
Summarized: Good Alliance

[edit] The Missing Colonies of Man

A Cobol Class Research Cruiser or Aries Class Transport is always interesting, since everyone will run short on Neutronium. Dark Wings and Resolutes are interesting for everyone aswell.
A Virgo Class Battlestar is better at fighting big ships, but a Dark Wing Class Battleship is just a little bit weaker and invisible. Nevertheless, a Dark Wing and a Virgo are able to destroy every other ship (Rush+Dark Wing are better, nevertheless). Even a Resolute and a Virgo are pretty strong. And because of their cloaking device, you can fight other big ships 1on1.
Colonials could fill your Starbases with fighters and attack big hitters. And if the Bird and the Colonial work close together, they're pretty strong. They should combine their forces, to destroy big ships.
Summarized: Ok Alliance

[edit] The Empire of Birds

[edit] The Missing Colonies of Man