From VGA Planets Wiki
Jump to navigationJump to search 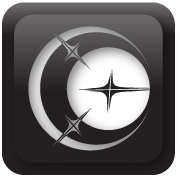 The Fascist Empire is a race inspired by the Klingons from the Star Trek universe. They are primarily a torpedo based race although their largest warship (the Victorious Class Battleship) is one of the least powerful capital ships in the game. Their lack of raw fire power is offset by several sinister racial advantages including two ships armed with Glory Devices (self destruction by command).

Build up uour home base with Engines 10 (Warp 9), Hull 5, Beams 1 and Torpedoes 5 (Mark 4). Raise up the factories to maximum and mines to at least 200. Save your money in the beginning at your home base to send out a D7 in every direction first.

Watch your next planets to decide where you should build your next base as soon as possible. Why? There you start building a fleet of Glory device ships (Hull 6 with Engine 1, X-Rays)! This is your main weapon. Be sure to have a couple of them before turn 20. Later you'll tow them with your Vics into war, and to safeguard your ships from robbing Priv cloakers.

You will go out of Duranium soon. Thats why I prefer building no Disruptors on my first D7-Scouts...but try to built Disruptors + Mark7 as soon as possible.

You have to build some freighters to bring back minerals to your home base. Don't fly through the open space with them, don't show your neighbors where your home base is.

The Fascists are the only race other than the Empire who should build a base on any planet with good temperature and some minerals. You don't need the native race advantage, because you just have to raise the hulls up to 6 and that costs 1500 megacredits. Believe me, you will have enough money...and build a D19 every turn.

Expand cloaked with the D7

Use your fantastic D7 (100 Cargo + 175 Mass) to expand (X-Ray or Disruptor beams recommended to capture freighters). Your tubes can be Mark 4 - that depends on your tactics. Use this ship to cross over distances above 81 LY. I usually send this ship out without torpedoes, just put 100 clans on board. Set down 3 clans on every planet until you reach a good one with a lot of natives. Drop down 30 clans and pillage in the same turn. Next turn the planet is yours, and you have about 30 supplies and money on board. Next turn beam down supplies and some money and beam up some minerals. Then you fly on cloaked while building torpedoes on board using the Friendly Code "mkt".

You will have 2 logistic problems: bringing home the money and bringing a lot of clans to the front to take over bases: Send out some Deth Speculas to bring home money soon.

Send out some Illwinds behind them, to bring clans and build torpedoes. An ideal little fleet: D7 Coldpain Class Cruiser, a Deth Specula and an Illwind.

Fly behind the lines

Don't attack too early. Fly behind the lines and wait with your D7 and stay cloaked on a planet until a Freighter arrives. Tow him out with Warp 1 (into the warp wells), set Primary Enemy (PE) to this race and Friendly Code (FC): NTP - so you don't destroy the freighter with your torpedos - you'll capture it. Maybe you'll get some clans to drop down ont the next planet.

Remember: You are a Warrior race, so don't wait too long to attack. Choose your Ally soon. Build some Illwinds in the early stages with X-Rays and Mark 4's and make trouble (remember: planets do not attack your ships!). Later in the game, this is your armed transport. If this ship is damaged after a fight or by a mine hit, you just have to pillage. With this big cargo room, you'll repair 52% damage from pillaging in 1 turn! This ship shots down about 40 fighters in a fight, but why fighting a planet. Pillage it. But if you want to take over a homeworld:Send 2 Illwinds, that works after 1 round pillaging.

Take over planets by beaming down clans. 100 clans will be as strong as 1000 clans, because of your ground attack ratio being 10:1. In the early stages, you'll take over every planet by dropping clans from your D7 - and if there are too many enemy clans, pillage a few turns and you'll see, there will be less.

There are two ways to fight: Never go to a planet with Primary enemy set, first have a look at what's going on. You can tow out carriers with your D7 to a couple of Vics with Glory Device ships. Try to fight carriers with 2 Glory Devices and 2 Vics with Mark 7 torpedoes (have at least 40 Supplies on board!).

Application is the trick!

Do you know "Juniper's Guide to Fascists" (By Juniper - Revised 5/29/1998)? He used this headline in his guide to explain in a fabulous way, how to get priority points using the Glory device:

"The Fascist, in order to be successful needs information. If he has enough Victorious Battleships and enough Glory devices and enough information he can both defend his territory fiercely and invade enemies successfully. Utilize Glory Ships to the max. They are your main weapons. Used in packs they are devastating.

Now, let's talk about trading lots of ships for few ships. Most races cannot get away with this. Why? Well, most races do not get priority points for the ships that it loses. If you go into battle with 2 Victorious Battleships and 2 glory devices against a Virgo, and you pop two ships you will usually lose a Victorious and the enemy loses 1 Virgo. How can this possibly be good for you? Well, first it is obvious that the Virgo would take out several Victorious without the help of the glory device and the Virgo would still live against 2 Victorious so that is clearly worse. However, with the glory devices, what happens after the battle? The enemy gets 5 priority build points from the Vicki, you get 7 from the Virgo, plus 2 for the two pop ships. This means you get 9 priority build points and he only gets 5. These are used to build ships after the ship limit is reached.

Before the ship limit is reached you can outbuild him because of the inexpensive nature of your ships and because you are building stripped down glory ships that cost about 300 MCR and almost no minerals.

The Fascists are very good to play as a single player, they can take out every other race - but if your enemy has an ally, you should choose one too:

Its great to have the Fed as an ally from the beginning, so you can built cheap Vics and let them Super Refit later in the game - by your Ally. The Feds and the Fascists together can fight all cloaking races and are a strong couple.

Both Races with a higher Ground attack ratio. This is terrible for your neighbors. Its good to trade a Loki Class Destroyer against a D19 or Saber Class Frigate.

If you can choose, so try to make the Birdmen as your ally. Its hard to fight those Darkwings, they have more mass and 2 more tubes than your Vics.

Its very good to have some MBRs in the fleet. If you have some Glory Device Ships, the Privateer won't do anything against you.

Both races can play very good together: Let the Borg take over the planets with bad government and produce clans. You use those clans (1200 clans on a LDF are good for ground attack!) for attack other planets. You can also pillage the planets for your ally. The shiplist is very good together.

If the Chrystal People are your ally, give them some cloakers and let them lay webmines - later you can share those ships. The Fascists can clone ships for the Chrystal.

Both races can play very good together: The Fascists can tow out defending ships, meanwhile a SSD is send to the planet/base to take over. The Dark Sense is very useful for the Fascists. The Evil Empire is very interested in Glory Device ships and Cloakers for minelaying.

If you can have the Robot as an ally: Do it. Ok, you can sweep a lot of mines, but beware, that the Robot could choose another ally - if its the privateer: you will loose as the Fascist! Also the Robot can offer you a Bioscan ship and fighters. The Robots are very interested in Cloakers.

What should I say: 2 races which are immune against the planetary friendly code: NUK / ATT. Thats perfect. Ships? Try to trade a Falcon (its fabulous to play the Fascists with some Falcons). The Rebels are really interested in your Glory Device ships and Cloakers.

Minesweeping specialists together. The Cols could built free fighters for the Fascists.