From VGA Planets Wiki
Jump to navigationJump to search

Torpedoes are the only form of ordinance type weapons within game. they come in 10 types. and are a visual weapon used in combat. torpedoes are carried as standard cargo witihin your ship. ships must have torpedo tubes of the same class of the torpedo to be carried. torpedoes can also be converted into spacemines to create minefields. torpedoes are created at starbases with the appropriate torpedo tech level.Each torpedo type has different Damage specs.

Launch tubes also known as Torpedo Launchers are basically the tools a ship is required to have in order to build, carry and fire torpedoes. the launch tubes and torpedoes carried must be of the same torpedo Class.

in order to be used in combat the torpedo carried within the ship must be of the same class as the the tube on the ship, i.e. a gamma bomb torpedo tube ship cannot carry proton torpedoes. the class of tubes and torpedoes must match in order to carry them. 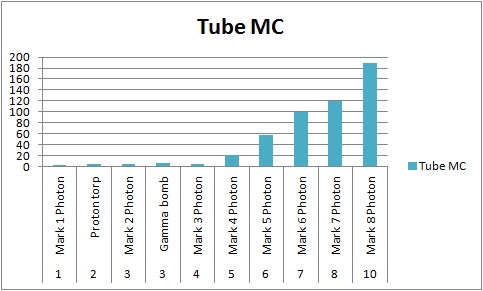 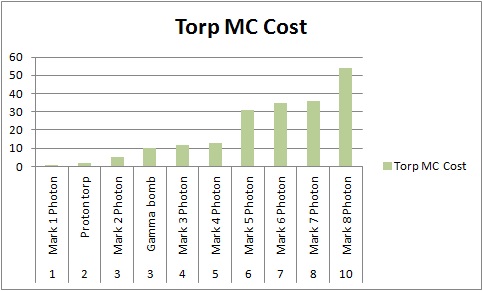 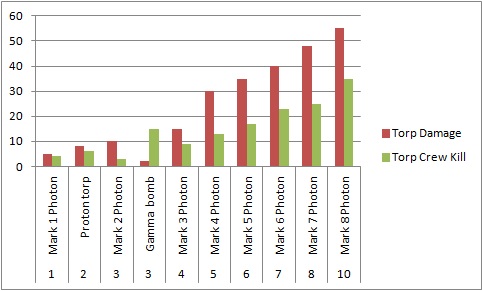 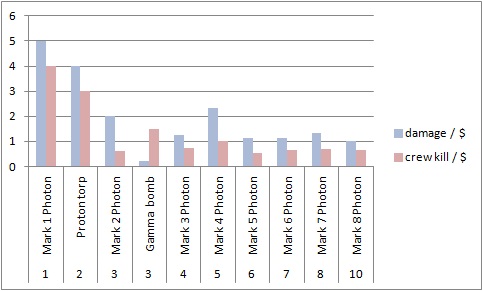 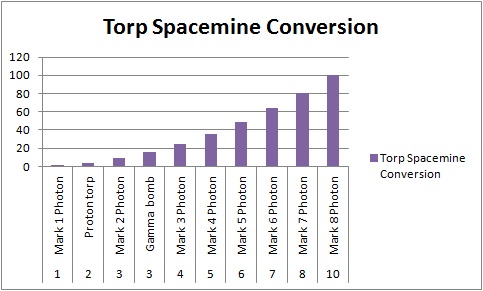 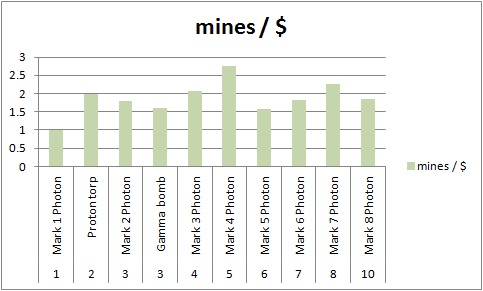 Torpedoes Within The VCR

The VCR Begins combat when ships are within 60,000 Killicams. thats the range when Fighters can first begin to launch. Torpedoes are fired when the distance closes to within 30,000 Killicams. meaning any ship carrying torpedoes into the fight may have to survive fighter attacks before the torpedoes can launch. the number of torpedoes launched is determined by the number of tubes per folly. several folly's can be fired within a single VCR depending upon reload time, torpedo supply and damage. torpedo accuracy varies a little bit, but upon average 1 in 3 will hit the target. fighters generally are better than torps but torps are far more cost efficient, and do not get shot down by enemy beam weapons. ships carrying torpedoes have a distinct advantage when firing from the right side of the VCR. see "VCR Side Advantage for more details.

Capturing enemy vessels in combat occurs when all crew abord a ship have been killed but the ship has not been destroyed. Most of the time in combat, torpedoes will destry a ship before its crew are killed. Using gamma bombs gives you the higher crew kill than any beam, and the highest crew kill to hull damage ratio of any torpedo (or beam). You will kill more crew relative to hull damage which allows you to capture the ship by killing its crew before you would destroy its hull.

To get best results using gamma bombs, you should use them on a ship with a lot of torpedo tubes, such as the Dark Wing, Nova, Annihilation, Missouri, etc.

See the Ship Capture Calculator which tells you if a given ship is capturable with gamma bombs or with other beams.

The most cost-effective torpedo for minelaying is the Mk.4 torpedo. The Mk.4 gives you 2.8 mines/MC, while the next best are the Mk.7 (2.3 m/MC) and the Mk.3 (2.1 m/MC). While mines/MC vary per torpedo type, higher-tech mines always require fewer minerals. So the rule of thumb for minelaying is, if you have more minerals than money, use Mk.4; if you have more money than minerals, use Mk.7. (The Feds, for example, should usually use Mk.7 since they have more money from their taxation bonus, but fewer minerals do to their mining penalty).

Saving Money on Torps via Mine Scooping