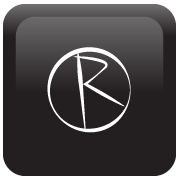 True to its sci-fi inspiration, The Rebel Confederation specializes in effective small ships. However, they do have the ability to build fighters in space to fill their Rush Class Heavy Carrier fleet.

Be quick! In the starting phase build many Falcons and colonise distant planets before your neighbours even realise you're there. Build many starbases so you can fill more slots and build more ships (at least Falcons with low-tech engines) than others. These Falcons will let you settle more planets in less time. Exploring more planets also rises the probability to find the good planets faster giving you an advantage in the long term.

It is risky, but you might want to set your Falcons missions to Rebel Ground Attack. Since the distance of homeworld is sometimes around 350 ly there is a chance to "accidentally" hit your neighbours homeworld. If you RGA him right in the first turns he will not be prepared for that attack and it will give you a major advantage over him. However he will be angry at you ...

Even though Rebel Ground Attack is mainly a weapon against your enemies you can use it against yourself. It has two interesting effects that you can profit from:

So if you find a good cash cow you might overtax the natives (letting their happiness drop down) and build many factories and mines (which you would normally not do in order to not annoy the natives). Then get a few LDSFs , beam up most of your clans and RGA your own planet. After the planet is cleared, let down the colonists again and send your LDSFs to the next planet and repeat the whole thing.

Get cloakers! They're extremely useful for you just to check for enemy planets without capital ships in the orbit. Find these planets and hyperjump there with a Falcon and RGA.